Several international students at Japanese universities speak to Voice Up Japan about their current situation outside of Japan, and why they won’t be returning to Japan anytime soon.

“It was two, three months of going back and forth between two schools…and the whole thing got cancelled,” explains Irene, a third year exchange student at one of Japan’s most prestigious universities. She was left with more than half a year gap because her exchange program had been abruptly cancelled. With the semester already ongoing at her home university, University of Southern California, Irene reached out to both schools to continue her study abroad program. After months of emailing, calling, and signing petitions to advocate for international students to continue their studies, Irene was not allowed to enroll in either school, and was thus forced to take a gap semester. When she left Japan on February 5th, Taiwan had not been included in the list of countries in Japan’s comprehensive travel ban. With her student visa expiration date soon approaching, she may not be able to return to Japan anytime in the near future. As a result, her belongings are split between Japan, California, and Taiwan. 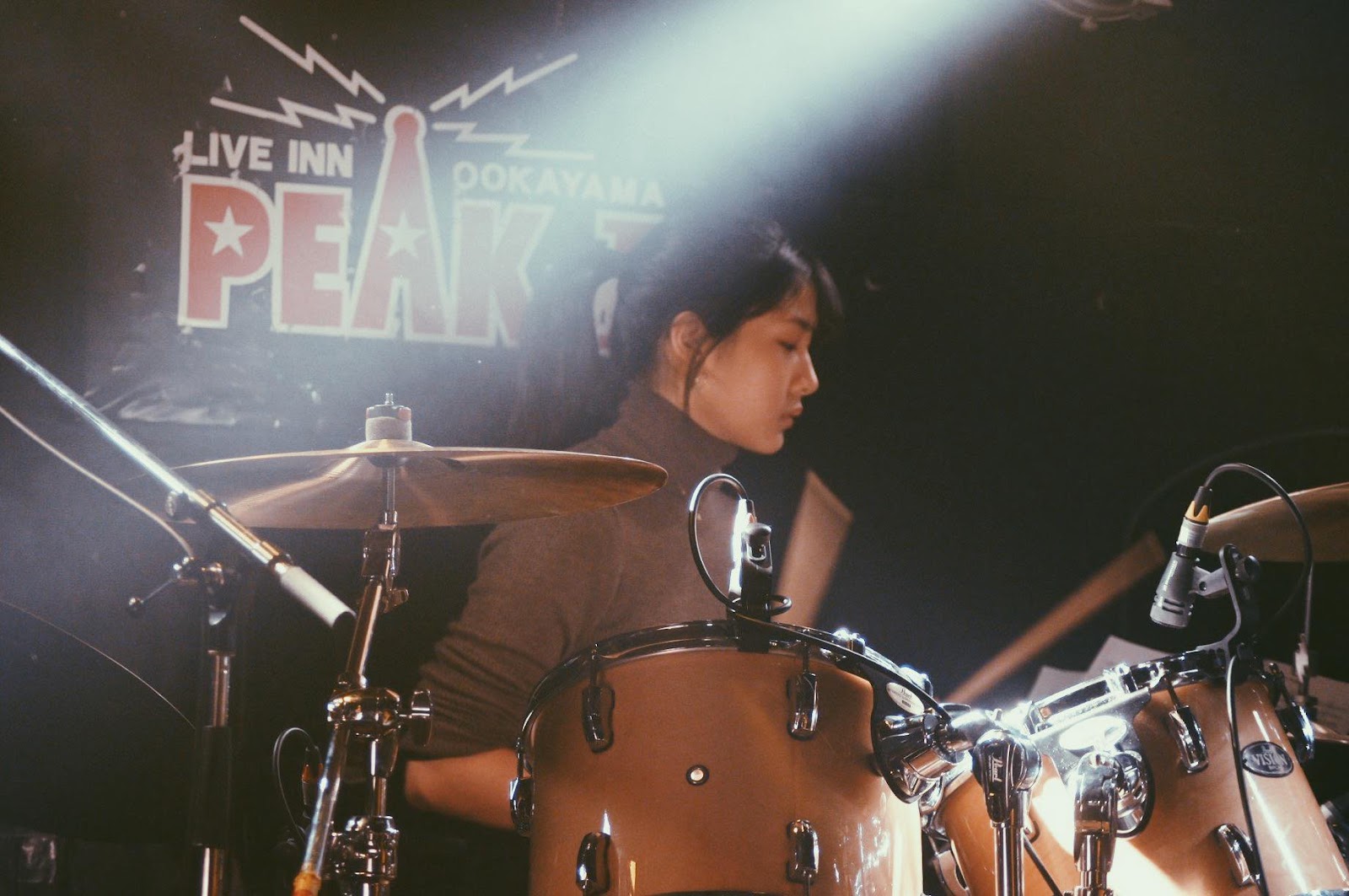 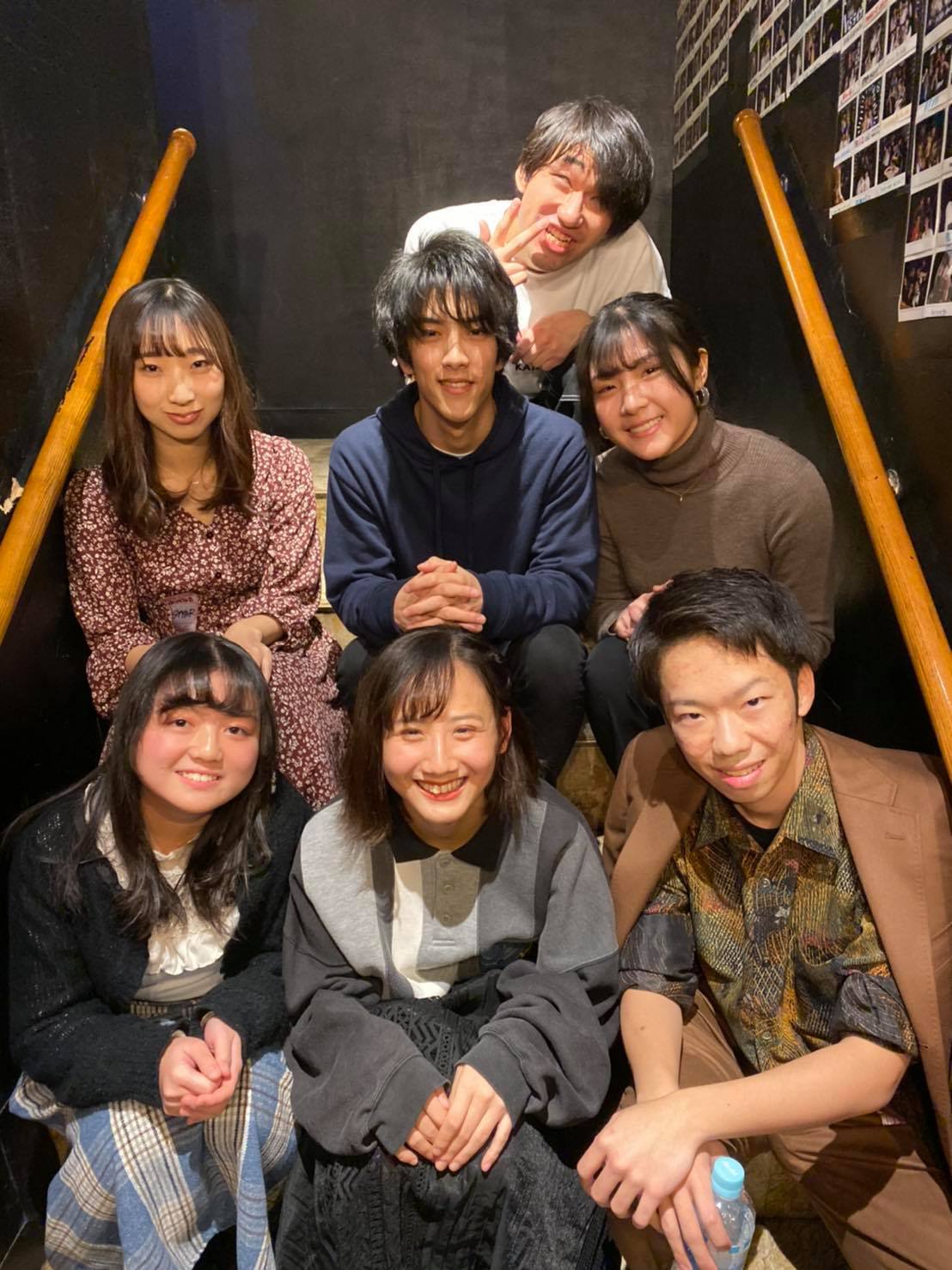 Irene, along with her band mates at her music club circle while she was in Japan.

Hundreds, if not thousands, of international students face similar situations in which they are unwilling or unable to return to Japan, foregoing internships, scholarships, and job opportunities. Although the Japanese government has expressed intentions to lift the ban on foreign residents, many cite unclear regulations, unfair requirements, and unease about the Japanese government’s handling of the coronavirus crisis. Various measures targeting only foreign nationals have already been met with widespread criticism, which only serve to further deter students from returning to continue their studies.

As a international student, navigating the many requirements in order to return to Japan safely is difficult because of unclear regulations and constant changes to the existing guidelines. On many foreigner community forums, many have been asking for advice in returning to Japan but have been met with comments that state that returning to Japan is on a case-by-case basis, and each person should inquire of their corresponding embassy or consulate in order to prevent misunderstandings. Due to rising daily cases, process in order to return to Japan, difficulty in maintaining proper social distancing guidelines, and continuation of online school, I have also decided to postpone my return to Japan indefinitely, like many other students.

Japan currently has an entry ban on 159 countries (as of September 1), and re-entry of foreign nationals with status of residence are limited to four categories: “Permanent Resident,” Spouse or Child of Japanese National”, “Spouse or Child of Permanent Resident” and “Long Term Resident” (including the spouse of a Japanese national or Japanese child who does not have these statuses of residence; the same applies hereinafter). As for students and working visa holders, they have been allowed one-time entry permissions from August 5, but only for those who had left the country before their destinations were included in the travel ban list. Non-Japanese nationals must fulfill certain requirements such as a re-entry confirmation letter (from the embassy/consulate in their home country) and a negative PCR test result within 72 hours of flight.

The only case for foreign residents who have left Japan before the ban to enter Japan is under humanitarian reasons, such as a death in the family. However, special permits for re-entry are based on a case-by-case review, so re-entry is not guaranteed. Starting from September, Japan will loosen entry restrictions on foreign residents, after coming under criticism from the foreign community and business groups that have been heavily affected by the travel restrictions. Many have been stranded abroad for months, unable to visit their families.

Many universities have been scrambling to fill in the gaps to accommodate incoming foreign students who are unable to enter Japan. Rachel Tse, an incoming freshman at Waseda University, stated, “After the Immigration Bureau closed, I haven’t been able to receive my COE (Certificate of Eligibility).” The COE is required to apply for a student visa, and without a visa, she cannot enter Japan. “I think the school could have done more [in informing students], but I don’t think they have the responsibility to do that,” she continues. “If they could send an email to notify students about the travel situation, that would be helpful.” She has already paid for the down payment for her dormitory for September and October, and worries whether the school will refund her for the lost costs.

According to a representative at Waseda University, in a survey conducted April 2020 in the international political science and economics department, 39.1% expressed that they were spending the 2020 Spring semester out of Japan, with 17.7% who expressed they may be moving in and out of Japan depending on travel restrictions. With Waseda having the largest number of international students at 8,000, 5,000 could not return to Japan, according to a webinar hosted by Aiji Tanaka, President of Waseda University, at the US-Japan Research Institute (USJI).

Her sister, Jacqueline, an incoming senior also at Waseda, says, “I am thinking about deferring for one semester.” After leaving Japan on June 6th for Hong Kong, she has been unable to return and worries how it will affect her job hunting opportunities.  For many students, some are considering a leave of absence, citing a loss in job opportunities, online schooling, housing lease contracts, and safety. However, they fear that doing so will risk derailing their plans in terms of scholarship and visa expiration dates. 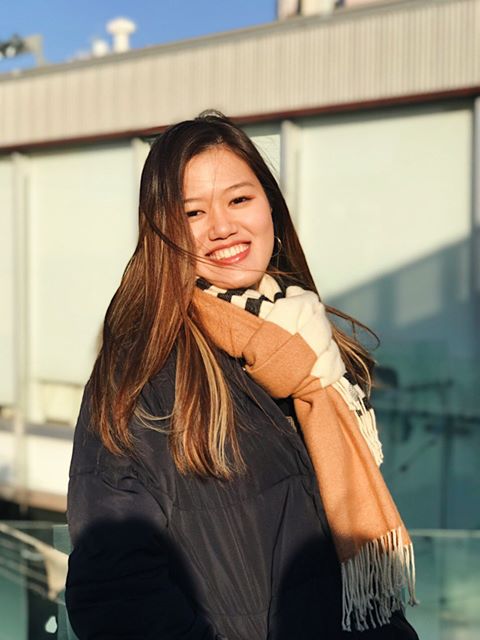 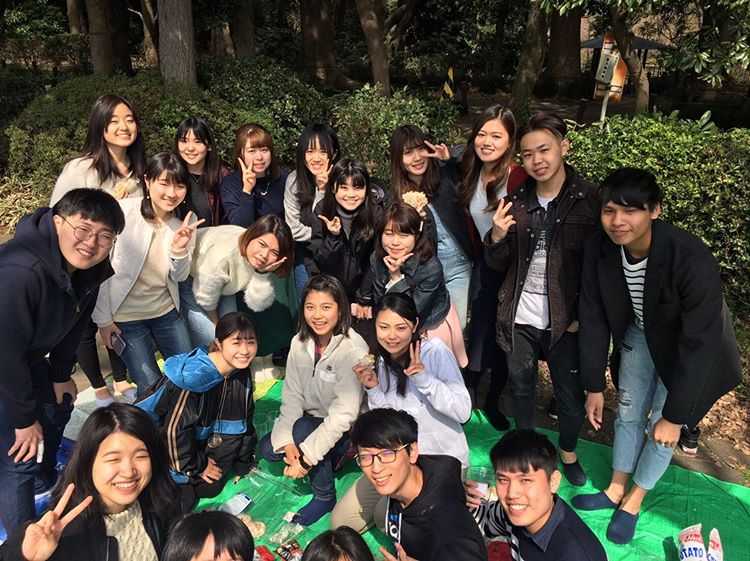 Jacqueline Tse, along with students from her dormitory at a Hanami, or spring blossom viewing, picnic.

While many universities have also provided emergency scholarships and financial assistance programs for students during the pandemic, foreign students are at a disadvantage, either for not having access to the physical paperwork needed or for fulfilling certain requirements such as duration of stay in Japan. Some students are ineligible for scholarships that require the students to reside in Japan, or require specific documents such as utility bills or other evidence that students cannot access if they are abroad. With online banking services still under development and online banking unavailable for Japan’s post bank services, students find it difficult to either cancel utilities, rent, or other services that were paid previously through bank transfers. For large cash payouts by both federal and local governments such as PM Shinzo Abe’s 100,000 yen subsidy, those stuck abroad missed the deadline, while having to continue to pay their rent and bills in Japan.

Some students who spent their last semester abroad who planned to seek job opportunities in Japan have decided on other options. Some students like Leigh, who were scheduled to graduate after the spring semester, have decided to stay in their hometowns. She was initially planning to start shuukatsu, or job hunting in the spring, and extend her visa if needed to continue job hunting. With her student visa set to expire in December, she has opted instead to seek opportunities elsewhere instead of returning to Japan. “If I was there [in Japan],” Leigh states, “I planned to have fewer classes so I could job hunt.”

Travel restrictions have further alienated international students and foreign workers, causing them to decide to seek work or further education in their home countries. It is a paradox in which the Japanese government desperately needs foreigners to supplement their labor shortages while treating many long-term foreign residents as second-class citizens. Asymmetric information between universities and the Japanese government have left many students out of the loop.

Coupled with the Japanese government’s handling of the pandemic, many students feel uneasy about returning anytime soon. “Everything has deterred me [from going back to Japan],” Jacqueline lamented. She cited rising case numbers in Tokyo and shrinking job opportunities. While some programs at Waseda have not received any requests to delay enrollment, some universities which depend heavily on foreign enrollment may start to feel the squeeze. With many universities spending the fall semester online as well, many are revising syllabuses to better incorporate students and professors in an online setting. Some are planning to use a hybrid system, in order to keep some in-person classes while maintaining proper social distancing measures.

Further limitations such as PCR tests required for only non-Japanese residents have come under scrutiny as Japanese nationals are not held to the same standard. “I don’t think it’s fair,” Leigh states. She worries that testing before and after for foreign nationals is rendered useless if there are possible positive cases (of Japanese nationals) on board the same flight. Depending on the country, some may have difficulty acquiring PCR tests, and testing results may be delayed, and thus not make the deadline of 3 days before flight, according to the Japanese guidelines. Testing can also be costly in some countries: in Taiwan, it costs 7000 nt, or around 25,000 yen. Coupled with a two week quarantine, many of my compatriots feel that extra costs associated with the process of going back outweigh their need to return. With many small limitations adding up, students are more inclined to stay in their home country, weighing the risks and costs of returning to Japan.

Limited access to PCR testing, additional required documentation from embassies or consulates, two week quarantine, and vague guidelines continue to deter students from returning to Japan. “I have to cancel my ticket,” Irene says. “I won’t be back anytime soon.”